Notes from a software engineer, this site is a cookbook of recipes (i.e. a collection of articles) from my personal and professional experience with some of my work in progress.

Add Swagger and API Explorer to a .Net Core App 3.1 with ease thanks to the toolings and OSS. 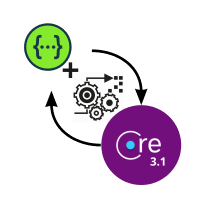 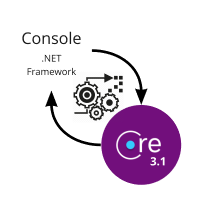 Project Keep current project in tact. This is similar in practice as applying the strangler pattern. Doing so will keep the project as a point of reference. More importantly, it keeps the compiler happy and allows for porting each project independently. W…

Microsoft .NET Framework was first released on February 12, 2002 and has since been a very active set of languages and framework. Although it is very hard to determine the number of project across the globe, we can guesstimate the number, what is considered legacy apps, to be in the 10s of thousands. By legacy, I mean projects written pre .NET Core - a modern compiler and framework redesigned to run on cloud native environment. Moving from legacy to modern compiler and framework does not have to mean porting your app to a new language and rewriting decaded of business logic. 😉

As a software engineer, I follow and delve into an array of topics. Some are philosophical while others are mostly professional opinions. While the focus is mainly on modern cloud native development, the topics will dive deeper into topics around distributed systems, cloud computing, data engineering and programming languages. As a programmer, I can't help but to attempt to solve the problems that come up.

A lazy programmer is a productive one 😜!